A Special Agent: Gay and Inside the FBI 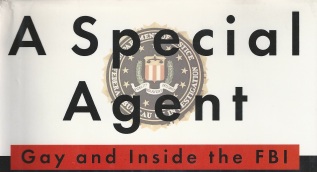 [Co-author (fiction). William Morrow Publishers, Inc., (1993)]. Featured on Sixty Minutes and Larry King Live, among other broadcast media, the book also drew newspaper and magazine attention. With a substantial advance and funding for a national book campaign, A Special Agent sold 24,000 copies. It was featured on Publisher’s Weekly.

I was contracted by PBS to do an hour-long documentary about the story’s deception. Titled Hoover’s Legacy: The Case of Frank Buttino, the documentary was broadcast on PBS in New York. Writer, director, and producer.

“The Legacy of Teddi Mervis” 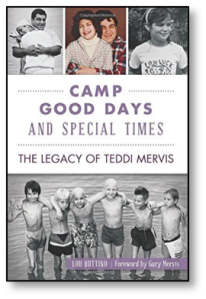 When the book was first written there was hardly any information or attention given to cancer in children—how they were cared for, parent and medical professional involvement, and even the grief process. The book is still available in hospitals and undergraduate programs about childhood cancer. “For the Love of Teddi.” Publishers Weekly, 28 Aug. 2015.

The story is about a 12-year-old girl who died of a brain tumor. Teddi’s life and death inspired what has become one of the most amazing organizations devoted to suffering children.  It is a moving–even uplifting story–and I am truly grateful to have been involved in its writing and with Camp Good Days & Special Times.

The third edition features a new preface by Gary Mervis, the organization’s founder, and a new introduction and chapters by me. The book has been completely revised from earlier editions. From 1980, when the first edition came out and Camp Good Days became a reality, the organization is now the fourth largest organization in the world for children in areas ranging from gun violence to cancer.

I wrote, directed and produced One Time a Year, a dance marathon at St. John Fisher College whose purpose is to raise money for the last wish of terminally ill children.  Broadcast on Time Warner cable, everyone, including me, devoted their gear and their time for this twenty-four-hour event. To date, the marathon has raised more than a million dollars.  And Camp Good Days has never had to say “no” to the last wish of a terminally ill child. A special award, in my name, is given annually at the conclusion of the event for a faculty member who has provided outstanding service to the Fisher community.

It was also a Books-to-Tape selection and production with national distribution by the Broadcast Club of America, (1999).

Crosscurrents: Writing on the Stream of Reading

Lexington, MA: D.C. Health and Company, (1992). Crosscurrents is a college writing text which includes authors such as Annie Dillard, James Baldwin, Joan Didion, and Alice Walker.  The radio script, titled “Choices of the Heart,” was selected for inclusion. The script, co-authored with Peabody award-winner Lou Giansante, had previously been heard nationally on NPR’s  “All Things Considered.” It aired on the 25th anniversary of the Cuban Missile Crisis. 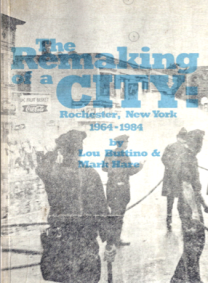 Co-authored with journalist Mark Hare (history), the book is credited with changing the structure of city government in Rochester, NY from a city manager to a mayor, thus allowing for minority participation. [Kendall/Hunt, Dubuque, IA, (1984)].  Rochester, like many northern cities in the 1950s and 1960s, experienced large population growth due to migration from the South.

City Mayor Thomas P. Ryan, Jr., said of the book: “I commend Mark Hare and Lou Buttino for their initiative and professional scholarship and hope all our community leaders and historians will be sure to read this remarkable account.”

Esteemed City Historian Blake McKelvey endorsed the book, saying, “They (Buttino and Hare) have done an excellent job of research, tracking down down the activities and reporting the accomplishments of the varied groups involved in this important and controversial aspect of Rochester’s recent history.”

Laurence Kirwan, Vice-Chairperson, New York State Democratic Party
is quoted on the book jacket, “The community owes the authors a debt of gratitude.”