EDWARD STEICHEN lived nearly 93 years and during that time he became the foremost photographer and photography advocate in America. He saw the camera’s potential in art, commerce, and war.

He profoundly influenced the use of photographs in advertising. He did portraiture photography and it was said that a person couldn’t think of themselves as famous until they were photographed by Edward Steichen. He was also innovative in terms of exhibition, focusing on themes, and sometimes very large photography exhibits such as “The Family of Man.”

Two-time Pulitzer Prize-winning playwright EDWARD ALBEE narrates Steichen…A Century in Photography, produced by WXXI, TV21, Rochester, New York. I was the researcher/writer for this nationally broadcast PBS documentary. It is now part of the permanent collection of the Museum of Modern Art.

All but ignored in American history, this story is about the largest armed insurrection since the Civil War. In 1921 more than 10,000 armed coal miners went on the march. Their sole purpose was to shoot the union into southern West Virginia.

There was little by way of research in regard the massive march of the armed miners so  I had to pour over hundreds of documents, and the testimony of eyewitnesses, to find the story and its structure.

Narrated by then TV star MIKE CONNORS, Even the Heavens Weep was selected for broadcast by PBS on Labor Day for an unprecedented three years in a row:  1985, 1986 and 1987. The New York Times said the documentary was “intelligent and well done,” and has received other stellar reviews.

Even the Heavens Weep received a National Academy of Television Arts & Sciences Emmy nomination, the West Virginia Humanities Award, American Film Festival’s “Blue Ribbon,” an Ohio State Award for Excellence, and, among others honors and awards, IRIS and CINDY awards for “Best Documentary.” The film continues to be referenced by national media, including a recent NPR analysis of unions. Even the Heavens Weep was selected by the State Department to tour internationally. 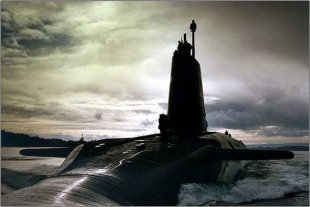 Two supervisors make painful choices about whether to continue building Trident nuclear submarines–or quit. Called “the deadliest weapon ever”–the submarine is so massive it can’t be built inside a factory. Instead, the Trident is built on Connecticut’s Thames River.

Co-produced with Peabody Award-winner Lou Giansante, this radio program came about because of research I was doing. For four summers I traveled the country interviewing Americans about their fears of a nuclear war. I came upon the two men featured in this program at Electric Boat Plant in Groton, CT. Security at the plant played games with us but we got our worker interviews anyway.

This independently produced radio program was broadcast on National Public Radio’s “All Things Considered” on the 25th anniversary of the Cuban Missile Crisis. It was rebroadcast by WBAI in New York City and its national affiliates, and by SANE’s “Consider the Alternatives” nationally syndicated radio program. It earned an Ohio State Award for Excellence and was a radio program finalist, National Community Radio Award, 1989.

Fighting the Mob: The Story of Carmen Basilio (2000)

Legendary boxer Carmen Basilio could not be bought by the mob-backed International Boxing Commission and it cost him plenty of time, money and even a shot at the title.  But the press, then the public, and finally the politicians intervened.  He either got a title shot or they’d ban boxing.   Basilio won world titles in the welterweight and middleweight divisions, including one against the great Sugar Ray Robinson.

But he kept his honor and in the end, helped bust up the mob and realize his boyhood dream of becoming the welterweight and middleweight champion of the world.

Basilio was a personal friend, my hometown, and he asked me to be his consigliere when ESPN came to interview him.  I served as a consultant and on-camera interviewee for the documentary. Narrated by actor PAUL SORVINO, with music by ERIC MINGUS, Fighting the Mob is repeatedly broadcast on ESPN Classics.

The film is archived at the International Boxing Hall of Fame  (Canastota, NY). It is also included in the World Boxing Archive, was selected by Pound for Pound Videos, “Boxing’s Best Documentaries & Shows,” and MMA Underground: “The Best Boxing Documentaries.’  It is cited often in numerous websites.

The purpose of this independently produced documentary was to see if what we were being told by the media was true.  Was Honduras, the poorest country in Central America, a woefully sad, hopeless place?  Did it fear its military? And would its people risk almost anything to migrate to the United States?

What I found, however, was invincible hope. The head of a water project, whose purpose is to bring clean drinking water to the country’s populace,  told me, as I was about to leave the country, “If you come to Honduras with materialistic eyes you will be disappointed.  If you come with spiritual eyes, you will be glad.”

This is a story of discovery and inspiration.

Communities across the South are increasingly concerned that current development patterns are no longer in the long-term interest of their cities, suburbs, small towns, and rural areas. This documentary examines the challenges and offers possible solutions.

This UNCW production was conceived and is hosted/narrated by Chancellor R. Leutze. I served as writer, director, and co-producer. Paving the American Dream was broadcast regionally on PBS and earned numerous honors, including the CASE Award for “Best Documentary.”

Troubled Waters: The Illusion of Abundance (2004)

Water, ancient and timeless, is one of our most precious and vital resources. Though three-fourths of our planet is covered with water, only two percent of it is consumable. At the world’s current rate of consumption, that two percent may not be able to sustain the burgeoning global demand.

This UNC Wilmington production was broadcast regionally (MD-to-FL) in 2004, 2005 and 2006, and numerous times since. I served as writer, director, and co-producer. Among other honors, the program earned a CASE Award for Excellence and a “Best Documentary,” Gold Special Jury Award, the highest honor in the ecology/environment/ conservation category, WorldFest Houston.

Lesson plans for high school teachers were developed and used. For more information, along with teacher and student resources about water quality can be found at UNCW’s Water Quality website.

Broken Brotherhood: Vietnam and the Boys from Colgate (2005)

In the 1960s, the Vietnam War ripped through colleges and universities like a tornado, tossing people and promises this way and that. A silence followed in its wake.

This documentary explores what happened to students at Colgate University (Hamilton, NY), once a small, all-male college. Interviewees range from a conscientious objector to a Lt. Colonel in the Marine Corps—and other viewpoints and stances on the war. An independent production, Broken Brotherhood: Vietnam and the Boys from Colgate was broadcast twice on WNET-TV Thirteen, which broadcasts to the NYC and the Tri-State area.

According to the reviewer, Scott Laderman, in The Journal of American History (2006) 93, No. 3, Broken Brotherhood is a film about healing.

Proceeding from the assumption that the United States remains driven by the Vietnam          War decades after it officially ended, director Lou Buttino addresses the continuing unease about the conflict in American memory through his own experiences and recollections and those of his fellow Colgate University alumni from the 1960s and 1970s…(T)he production touchingly allows some of the disparate voices of that era to reflect on their experiences…

A co-production with Colgate classmate Robert Aberlin ’66, with a superb job on the music by Marc Black, Colgate ’72. I traveled the country conducting the interviews, Mr. Aberlin joined me whenever he could. In addition to the interviews, I directed and edited the program, which had premiered in New York and North Carolina. Continued screenings occur around the country, including annually at Colgate. It’s been purchased by libraries nationwide.

The Lady and the Outlaw Horse: Jane Pohl and the Renegade Champion Fitzrada (2006)

Heralded as the greatest rider in late 1940s America, Jane Pohl competed against men without gender concessions –and beat them. Remarkably, she did it on a horse that was so unruly—and dangerous—that the Army was going to have it shot.

Jane Pohl’s courage and riding skill, and her work with the outlaw Fitzrada paid off. The two changed the way female riders were viewed in America—and broke down barriers such as the right of women equestrians to compete in the Olympics.

I served as director and editor on the film, which I co-produced with Richard R. Rust and Ulrich Laundhardt. The film is available on Amazon.com

Written by Dr. Melton McLaurin and produced by UNCW-TV. I was asked to be a consultant on the film. The documentary was broadcast on PBS but also received airtime on Nightline, CNN, CNBC, and major national newspapers such as The New York Times and USA Today.

This hour-long documentary examines the experiences of the first African Americans to be enlisted in the United States Marine Corps. They received basic training at the segregated Montford Point base adjacent to Camp Lejeune, North Carolina. Some of those trained at Montford Point saw action in the Pacific Theater, while most served in support units in the United States and overseas.

After the Second World War, thousands who trained at Montford Point saw combat duty in the Korean Conflict and the Vietnam War while all the while fighting for civil rights in their homeland. Until now, these men who desegregated the Marine Corps and loyally served their country in three major wars was largely unknown to the American Public. Subsequent to the documentary, 368 surviving MPM, were honored with the nation highest civilian honor, the Congressional Gold Medal.

This is a compelling portrait of a year in the life of  Polytechnic Preparatory Country Day School (Poly Prep) in Brooklyn. The school was particularly hit hard by the horrific 9/11 tragedy, losing ten young alumni died in the World Trade Center. Another student lost her aunt, a graduate lost his father, and a teacher lost her brother.

Lessons of September includes no graphic footage of the towers being hit or collapsing.   Instead, the program relies on highly emotional interviews, conducted by me, with surviving family members, teachers who remember the victims, and Poly Prep students themselves. In this way, the program presents a spectrum of the different ways grief manifests itself and the creative outlets that helped the community deal with its tremendous sense of loss. Host/Narrator JOHN TURTURRO commented, “Working on this special episode really meant a lot to me; I am confident that it will touch viewers the same way it touched me.”

In addition to doing the interviewing, I served as co-producer of the program, along with  Kate Geiss and Robert Aberlin served as cinematographer, and we shared directorial duties. Poly Prep’s Steve Anderson and the mainstay of the story was a big help in locating the appropriate people to interview. Mr. Aberlin made sure the crew got to the right places at the right time.

Lessons of September was a co-production of Thirteen/WNET. I also contributed to the editing, as did Ms. Geiss and John DeNatale, executive producer of Thirteen/WNET. Funding was provided by the Horace W. Goldsmith Foundation, the Norman and Rosita Winston Foundation, and public television viewers.

Lessons of September was broadcast on WNET-TV13 in 2002 and re-broadcast in 2003, on the anniversary dates of “9/11.” The documentary was selected by PBS for their national catalog. Special screenings for 9/11 families, teachers and students who appear in the documentary was held at the WNET studio in New York City. A North Carolina premiere was held in Kenan Auditorium, UNC Wilmington campus. And on the tenth anniversary of the tragedy, a special screening, and discussion program was also held on the UNC Wilmington campus.